In this workshop we propose you to venture into Japanese dance starting with its traditional clothing, the yukata. In addition, students will learn the posture and basic dance movements to be able to advance with the typical musical pieces of participatory dance or Ondo of the festivals!

The workshop will be held in a single day.

The yukata will be provided by Nikyokan for the Workshop.

Alba was born in Buenos Aires to Okinawan parents; at the age of 7 she began his internship with Ryukyu Buyo (Okinawa folk dance) at the Okinawense Center in Argentina (COA) with Professor Setsuko Nakandakare, who years later also taught her Nichibu (traditional Japanese dance). In 2002, a new stage of learning and improvement began under the tutelage of Professors Shigeko Makita (2001-2003), Yuriko Fukushima (2003-2005) and Miyuki Fujii (2005-2008), sent to Argentina as senior volunteers by the Japan International Cooperation Agency.

After the senior volunteer program, in 2009 she was authorized by Professor Miyuki Fujii to teach Japanese dance. She taught dance lessons to girls at the primary level of the Nichia Gakuin school, as well as girls and adults from the Japanese community at the Okinawense Center.

Since 2013, she has practiced the folk dances “Ondo”, the so-called “participatory dances”, which are danced at the Summer Festivals, once a month at the Okinawense Center. In the Parade for the Celebration of the Bicentennial on Av. de Mayo and Av. 9 de Julio, Alba was the coordinator of all Japanese dance groups.

In 2018, the Parade was held in Commemoration of the 120 Years of Friendship between Argentina and Japan, where she presented the participatory dance “Tokyo Gorin Ondo”, a representative version of the 2020 Olympic Games in Tokyo.

In both dance and kimono dress, Alba is not only dedicated to the pleasure of practicing them but also for its demonstration and dissemination in the Japanese community and in the Argentine community.

Interested parties with or without prior experience or knowledge. 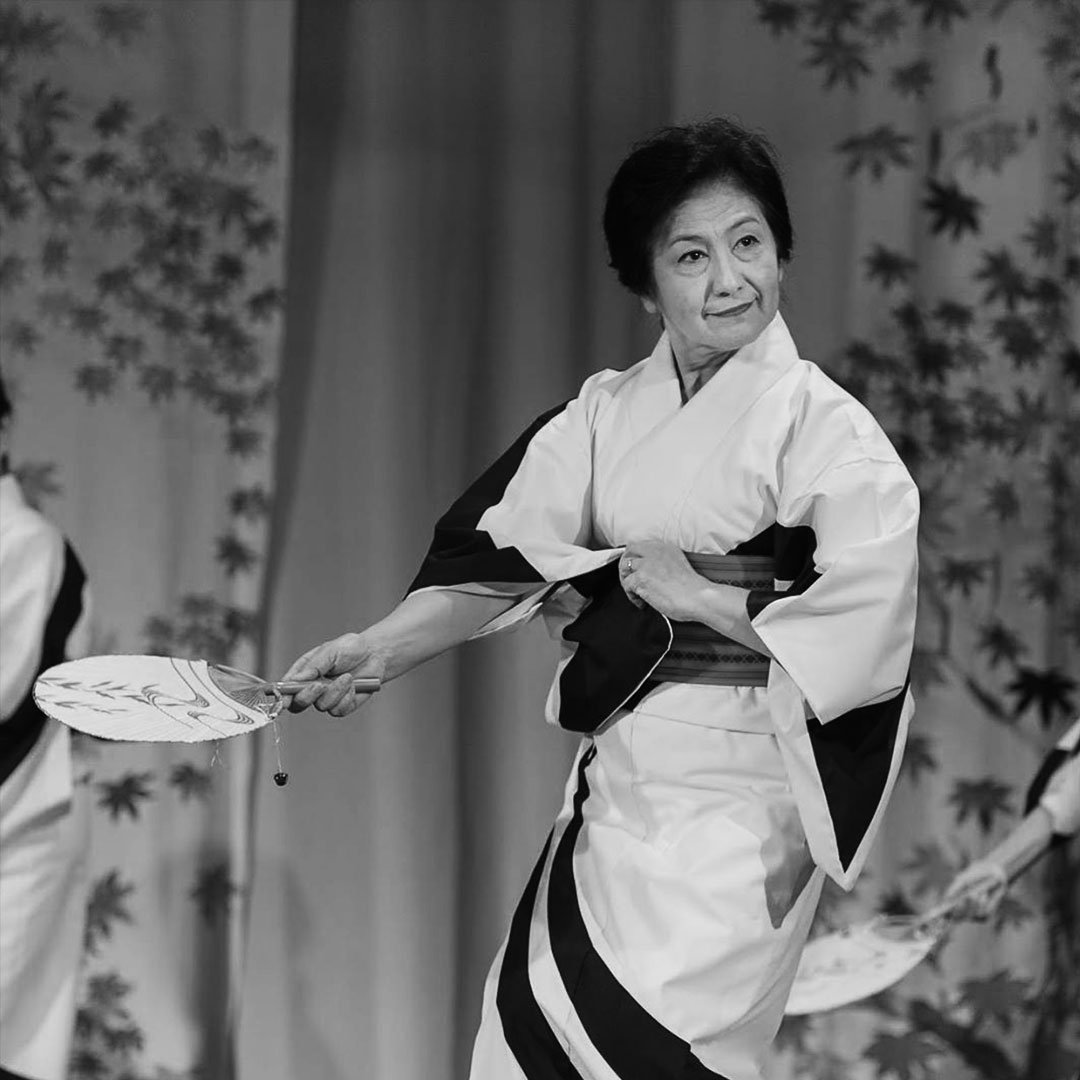